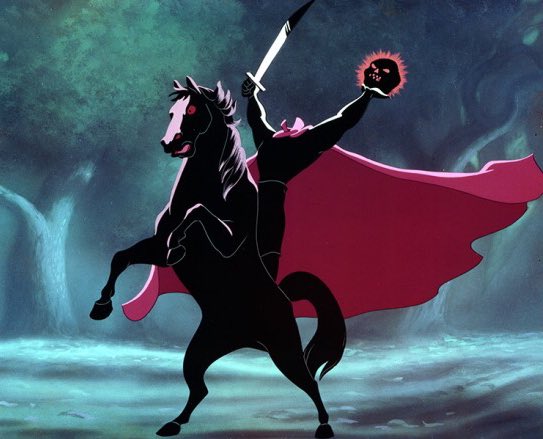 1) The Ecumenical NAR Zionist machine in the guise of The Return. They went to the biggest phallic in all the land, laid hands on it and prayed for this country.

This picture looks much like the Jews that Daven with their divine feminine shekinah at the Wailing Wall. They spiritually copulate to this wall and it seems Americans are praying on a giant penis.

They should’ve tore the 666 foot Washington Egyptian obelisk down is what they should’ve done. The event was called the Return. The Return of what? Not Jesus.

“The Return is for all believers from all denominations and backgrounds. The Return” is taking place 40 days before the presidential election, and on the 400th anniversary of the sailing of the Mayflower.” (https://www1.cbn.com/cbnnews/us/2020/september/be-a-part-of-the-return-a-national-and-global-day-of-repentance-friday-evening-and-all-day-saturday)

This event was brought to you by Billy Graham’s son Franklin. Billy Graham was a Louisiana Freemason. Fact. He believed Muslims and Jews have their own path to God that is not through Jesus Christ. He stepped all over John 14:6. His son is a little more conspicuous than his father but the apple doesn’t fall far from that tree. 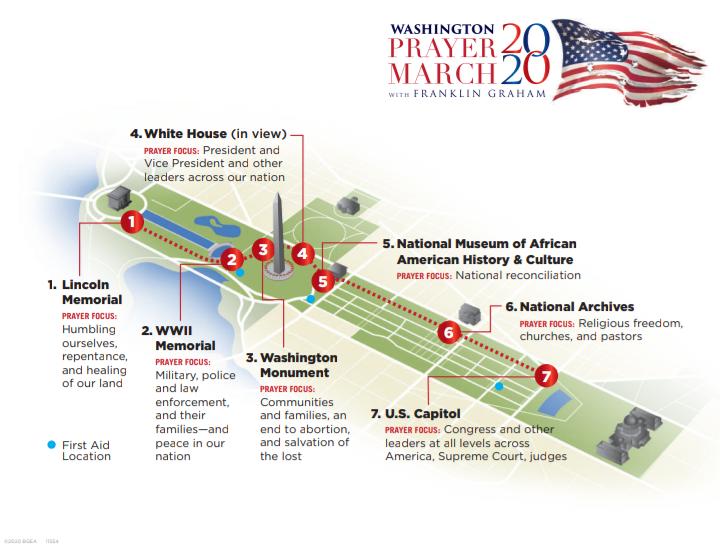 “Father, our country is in trouble. We need your help,” Graham said. “We pray today specifically for the President Donald J. Trump.”

After the rally, demonstrators walked to eight sites around the National Mall. At each, they were asked to pray on a specific focus, including police officers, government leaders, ending abortion and more.” (https://www.nbcwashington.com/news/local/crowds-flock-to-national-mall-for-prayer-march-our-country-is-in-trouble/2428787/?amp)

I’m not saying there is anything wrong about praying at these sites and for some of the things they were praying for, but the whole thing is misleading. This is Ecumenical’ s wet dream for the Noahide Laws covenant.

2) The Return of the Archer. Christians don’t even realize it but they invoke Jupiter. And I’m not saying Jesus Christ is Jupiter/Zeus. There is a true Messiah and a false. The Zionist ecumenical NAR “Christians” had their annual prayer rally and it was called The Return. Of what?

I find it interesting that their logo for this event has an arrow inside of it. It looks similar to the symbol of Sagittarius, that just happens to mean archer or bowman. In Greek it is toxótās (Τοξότης) and comes from τόξον (tóxon, “arrow”). This root word is found in Rev. 6:2. 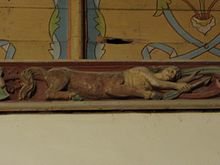 It is translated as bow but refers to arrows that are dipped in poison. In the paper below you will see that their is a corona (in Latin) or crown (stephanos in Greek) connection to the white horse who child be interrupted as something representing Sagittarius. Ironically in astrology, Jupiter rules over this 9th constellation that is associated with fire and both Saturn and Jupiter have been hanging out in Sagittarius ever since this pandemos has started. 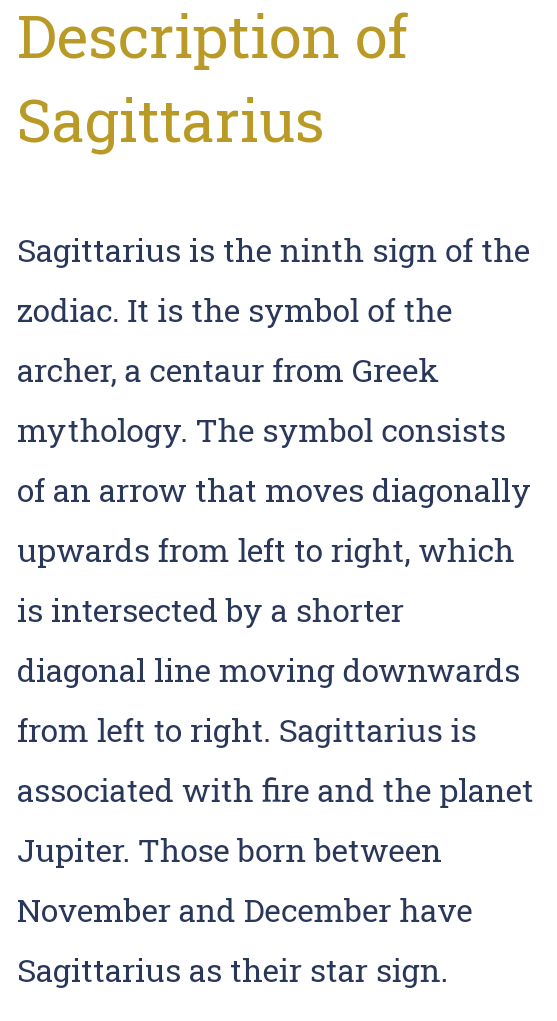 So is their any correlation here to Sagittarius, Jupiter and The Return? I say yes.

Read more on this here and here.

R is resh in Hebrew and means head, leader and beginning. It also represents wickedness. The head in Hebrew is the crown or “corona” & is like a cup. “The Resh also relates to the Reshimo, the spiritual DNA we are meant to explore in life. It contains the secrets of Beresheet, the beginning. As the word ראש Rosh Head, it also refers to the secrets of the Crown Keter כתר, the highest of the Sephirot”. (https://gabrielelevy.com/pages/the-letter-resh#:~:text=The%20Resh%2C%20the%2020th,means%20head%2C%20leader%20and%20beginning.&text=But%20while%20Kaf%20represents%20forms,flow%20and%20change%20of%20life)

3) Maybe America Sleepy has become like Sleepy Hollow the tv show. We all know the story but here is the modern take on it. The headless horseman is the rider of the apocalypse Death and controlled by Moloch. Prior to him getting beheaded, he wore a mask with no mouth. He had a mark on his hand of a bow and arch (Sagittarius). Jupiter/Saturn have been in Sagittarius. 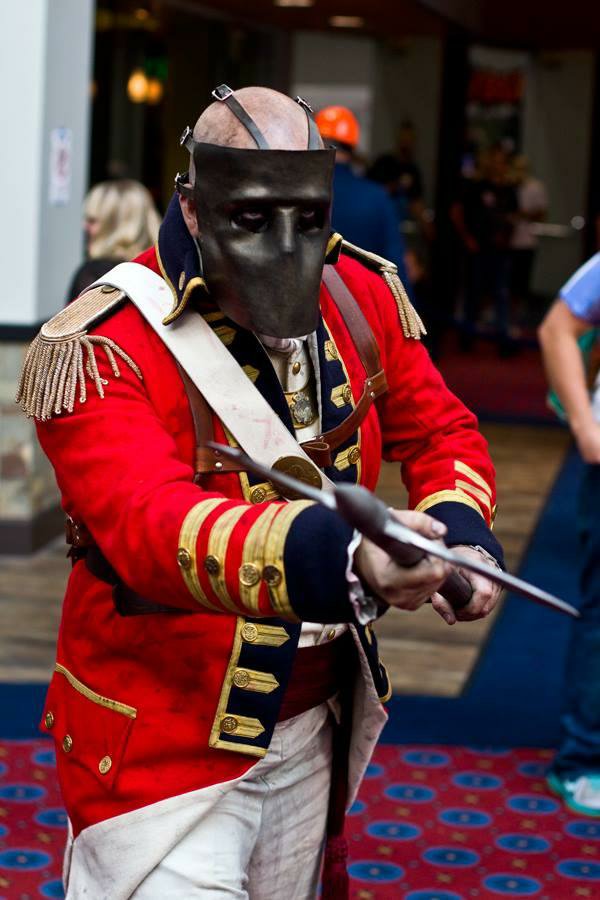 “Crane learns he and Abbie are the Witnesses and the Horseman is Death; should he get his head back, or his master, Moloch, be released from Purgatory, the End of Days will occur. They manage to defeat Moloch, but at the cost of releasing everything trapped in Purgatory, including demons looking for a replacement for Moloch.” (Wiki) 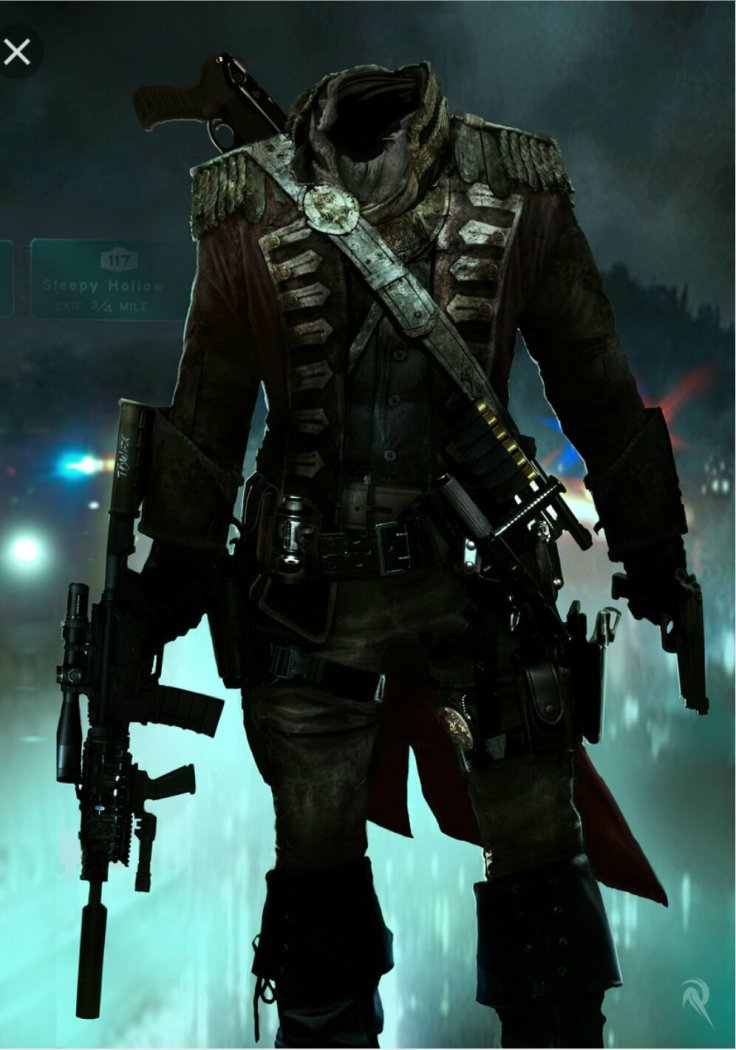 Strange show with the angel of death looking for its head and the chaos star. 8 points. 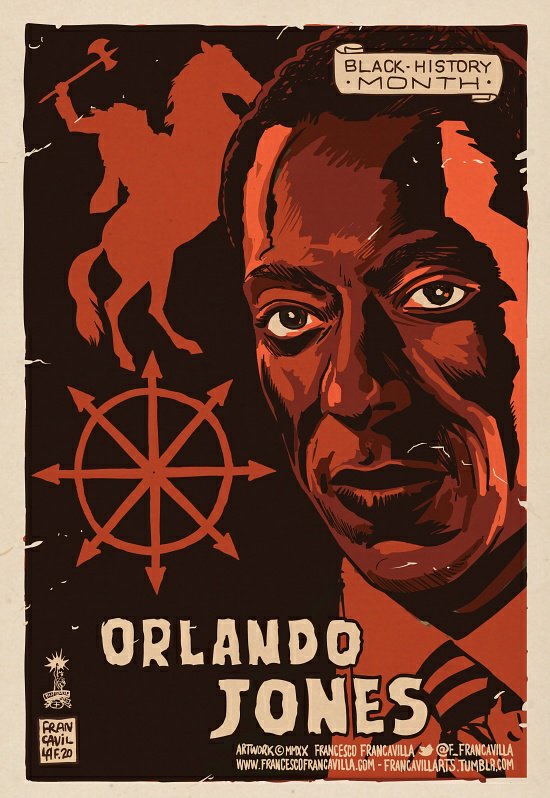 I want to bring up this post from 3 years ago.

I also wanted to bring up the beheaded Lennin statue in front of the restaurant The Red Square inside the Mandalay Bay. The missing capstone made me think of this. The head in scripture always represents authority. Jesus is the head of the body, if he weren’t the church symbolically wouldn’t have any authority over anything. So the missing had of a statue of Lennin who represents communism is no different than the missing capstone of the pyramid.

The new Mandalay Bay hotel-casino on the Las Vegas Strip said it removed the head from a statue of Vladimir Lenin after receiving complaints about the likeness of the Communist revolutionary and founder of the Soviet Union. Sarah Ralston, spokeswoman for Mandalay Bay’s parent company Circus Circus Enterprises, said she didn’t know what the statue cost. “We had people who, while relatively small in number, felt very strongly that this was not something that belonged in Mandalay Bay,” Ralston said. “The bulk of people we heard from were retired servicemen.” Ralston said Circus Circus researched the issue and found that in Eastern Europe, the heads were removed from many Lenin statues. So instead of removing the statue, Mandalay Bay removed the head.” (https://m.lasvegassun.com/news/1999/mar/29/lenin-statue-beheaded/) 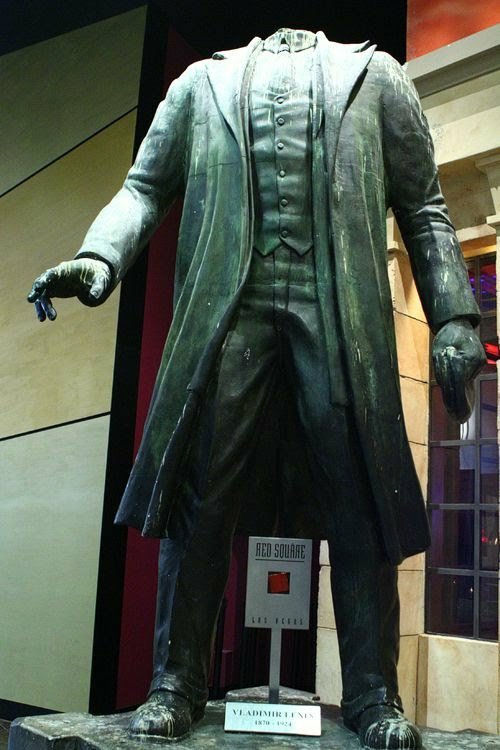 I want to bring this up that I posted from November 27th, 2016. “I was going through these “Illuminati Cards” and came across this. If you know about the capstone being placed on top of the pyramid that will bring in there “messiah” then you may understand these two cards. Notice this ‘meteor’ is a pyramid shape capstone falling from space to earth that is turning from red to gold. Then notice on the messiah card, they are seeing a gold light in the form of a pyramid. I tend to believe that the planet Saturn is being represented as the head or capstone of Osiris/Nimrod and through their demonic Saturn vibration/energy, they are trying to attach this capstone to the pyramid spiritually. Kris from End Times Matrix and Anthony Patch have associated this capstone i.e. Saturn being released through the frequency of 4096 that happens through this D-Wave quantum computer at CERN. I just find the two cards interesting in this light. I suggest you check out End Times Matrix and Anthony Patch on YouTube to get a better understanding of this capstone/head being reattached. You can find them here End Times Matrix News.” (https://m.facebook.com/story.php?story_fbid=1040609942715224&id=519754571467433) 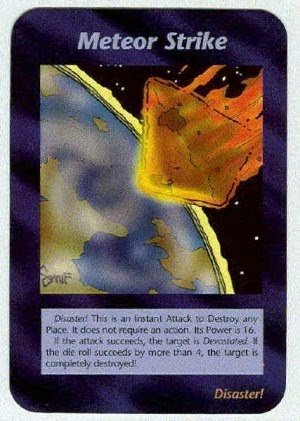